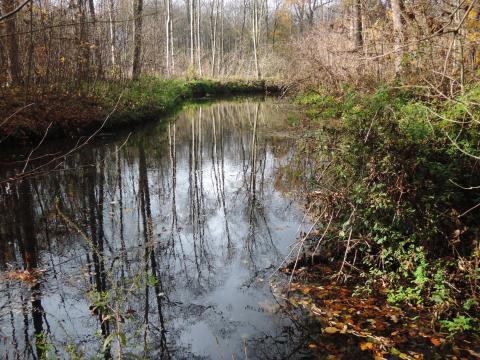 Leipzig exceeded all expectations on my first visit shortly after the New Year. In my memory, it was a grey industrial city during the GDR, where brown coal created an oppressive atmosphere.

But Leipzig is a remarkably green city: within 5 minutes you can cycle through the Auwald forest, in Clara Zetkin park or along the river Weisse Elster, where you can cycle without stopping all the way to the Halle.

The history of lignite is true, but the holes dug in the landscape were filled with water south of Leipzig and are now called Leipziger Neuseenland.

It was a fast-growing city in the 19th century, even the richest city in Germany around 1900, and you can see that in its architecture. The young, progressive population creates an energetic atmosphere in the city. Life there is cheaper than in Berlin, Amsterdam or other cities suffering from the negative effects of gentrification and exorbitant rent increases and speculation.

Neighbourhoods like Connewitz and Plagwitz are popular for their lively nightlife Wächter- und Ausbauhäuser.

Leipzig as a cycling city

The bicycle is ideal for exploring the area, and in Germany Leipzig is one of the most bicycle-friendly cities. The ADFC organises an annual cycling climate test and Leipzig took part in the 2018 cycling climate test. Compared to the Netherlands or Belgium, Leipzig still has a lot to do in terms of cycle paths and especially safety. So #MehrPlatzFürsRad: starting with the ring around the city centre

Cycling in Leipzig during Corona

Corona could have led to 40% less car traffic in German cities. At the same time, rbb|24 counted more cyclists in Berlin at the weekend because people were working from home during the week. Berlin was in the news with pop-up bike lanes in the German capital for #MehrPlatzFürMenschen.