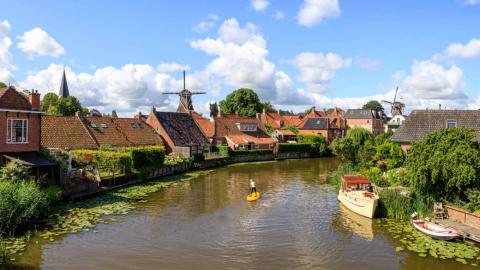 I'm born in Groningen and I grew up in Winsum, where we lived in the rectory on the wierde of Obergum. At the age of 13 I moved to Emmen in Drenthe. Then I lived in Wachtum, a small village north of Dalen. I always cycled to school and was interested in the history of my surroundings. Although we don't speak Groningen at home, I like to hear music in my dialect, for example:

In the city of Groningen I see Kasper Peters, the former city poet, who recently published the beautiful book Bird flyfishhas published his poems and pictures of Anne Caesar van Wieren, known from the newspaper NRC and De Morgen. His Laif Fieke Gosselaar, who presents a program in dialect in Radio Noord She also publishes her poems in Grunnegs and her stories in Dutch. This poem is from her first collection of poems Nova Zembla: